This shows you the execution of the code from the FxManager's point of view, and also the memory layout of the main Visibility buffer used by the FxManager. 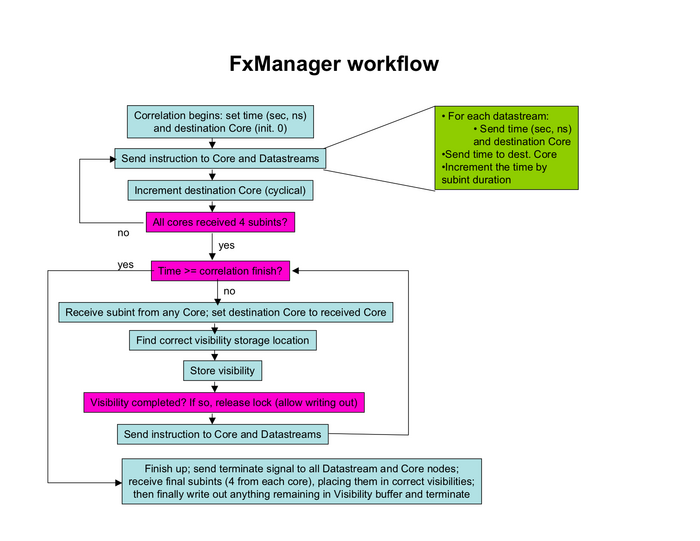 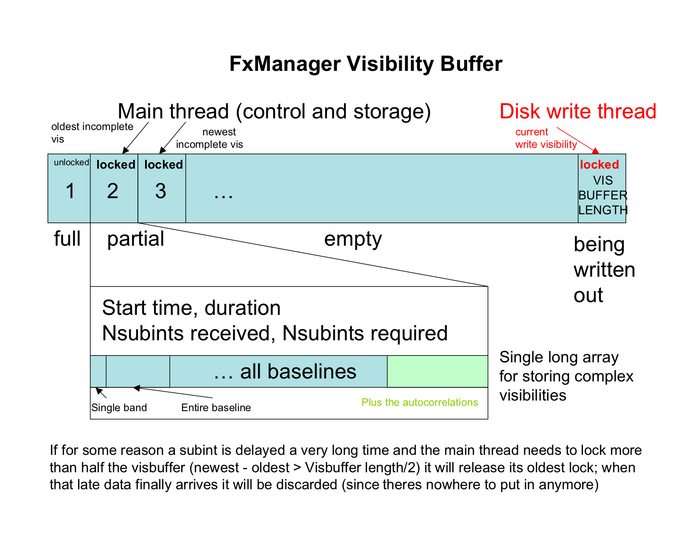 The FxManager has one buffer of consequence: the Visibility buffer. The length of this buffer can be set in vex2difx with “visBufferLength = XX” in the global settings; it appears in the .input file in the line “VIS BUFFER LENGTH” in the COMMON table at the top of the file.

Error - data was received which is too recent (scan X, YY sec + ZZZZZZZ ns)! Will force existing data to be dropped until we have caught up

Later, when the tardy subintegration finally arrives, there will be no place to put it, since the old Visibility has already been released and written out. Thus, the FxManager will simply discard it, and the following message will be seen:

Error - stale data was received from core XX regarding scan Y, time Z.ZZ seconds - it will be ignored!!!

Under what circumstances does this problem occur? If the depth of the Visibility buffer at the FxManager is too small in relation to the number of Core nodes. Subintegrations are distributed in a round robin fashion amongst Core nodes, but the time at which they arrive back at the FxManager is subject to small random variations. An example is probably useful:

Thus: if you have a job with many Core nodes, and/or few subintegrations per integration, consider increasing the size of visBufferFactor. Apart from memory requirements, there is no real downside to increasing this value.