Picking any random channel of any IF of any baseline shows superb agreement over time, as does comparing the summed output over the whole 162 seconds against frequency (the baseline below is FD-LA): 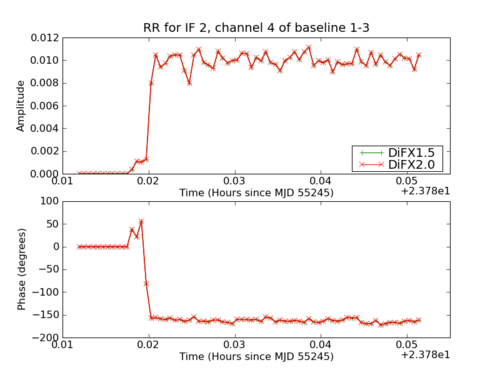 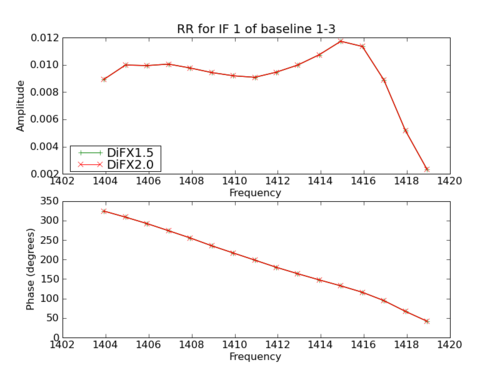 While no errors are apparent to the naked eye, looking at the difference between the two datasets does show some errors at the ~10^-5 level: 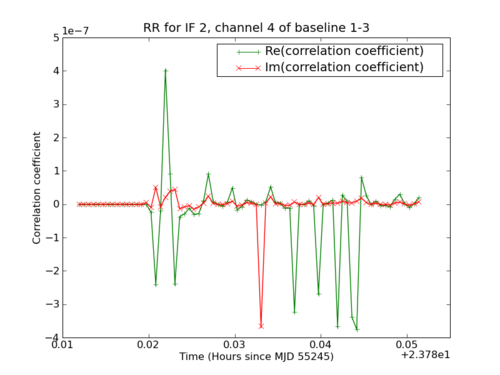 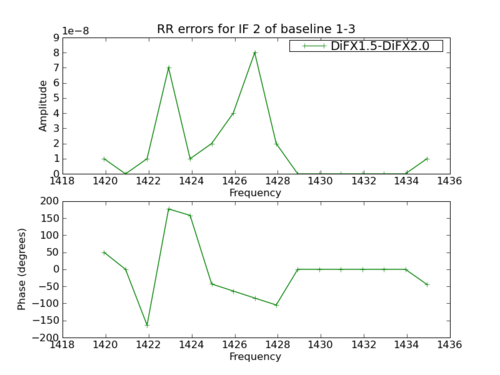 But you can see that they have a pretty negligible error on the phase - a couple of millidegrees at most on this short baseline, and it doesn't appear to be systematic (again, on this baseline at least): 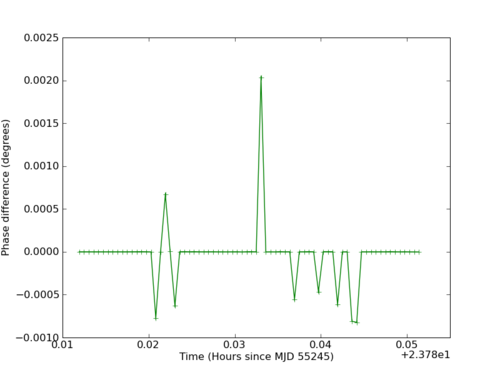 The following histogram shows the occurrence frequency of different errors for the real component of visibility over all times/IFs/channels/baselines. You can see that it is not Gaussian. 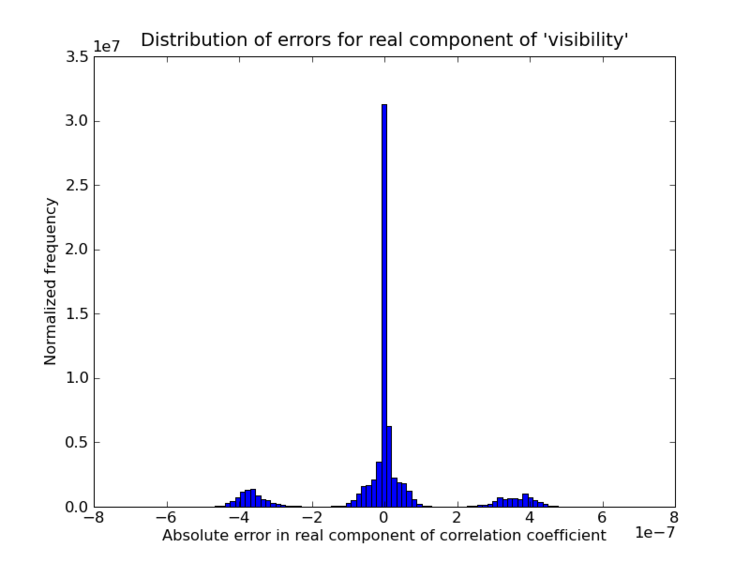 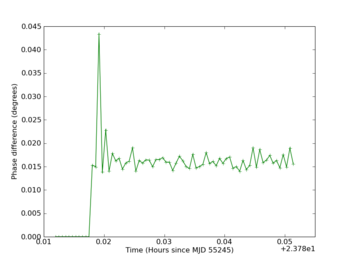 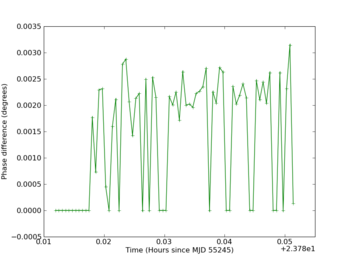 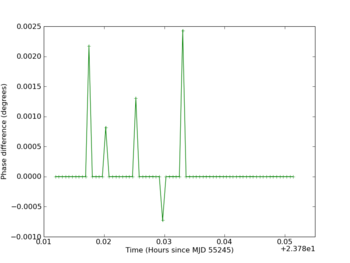 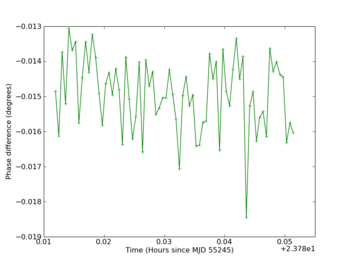 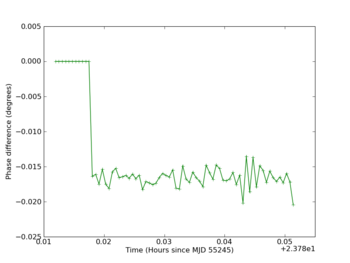 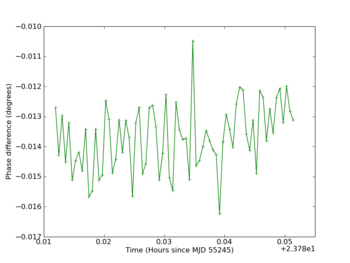 However, the magnitude of the errors are still tiny - hundredths of a degree of phase. Thats equivalent to a fraction of a microarcsecond at worst, astrometrically. 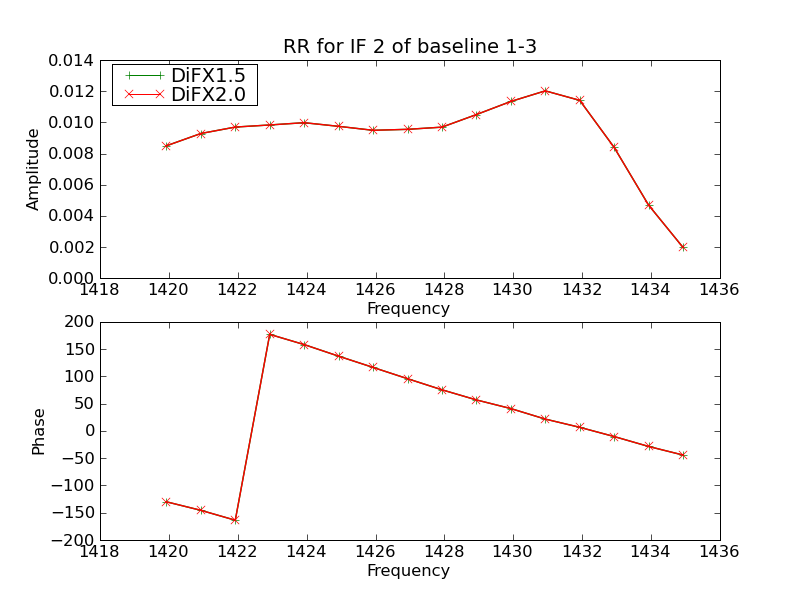